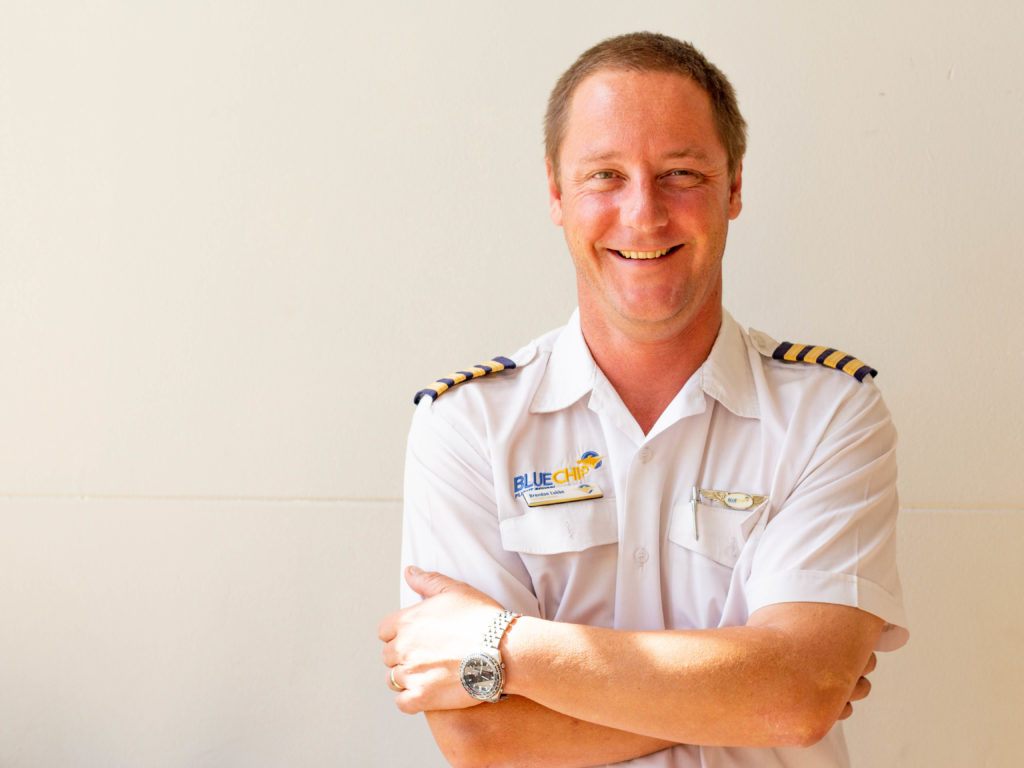 “Having a passion for aviation since a young age, being a military child I had been around planes since birth.”

After obtaining his Commercial Pilot Licence in 2001, he flew for a private aircraft owner in Kokstad for a year.  Following his resignation he took a job as an Operations assistant with South African Historic Flight, and eventually upgraded to Operations Manager, a position he held for 2 years, and he also did some flying on the DC-4. During this time he studied and passed his Instructors rating examinations. In 2005 he managed to secure a brief contract in the Caprivi Namibia, flying a Cessna 206 for a lodge.  He obtained his Instructors Rating at Blue Chip Flight School and soon thereafter he was employed as a grade III Flight Instructor.

Brendon is best known for his motivational nature with his students, fellow flight instructors and pilots, often the helping hand when it comes to solving problems.

“We have adopted a policy of no compromise when it comes to safety standards, we manage this by maintaining strict recurrent training discipline and adhering to an approved syllabus which is continually being upgraded and adapted to ensure the highest possible compliance standards, with the ever changing demands of international charter and training standards.

“I am a family oriented person and take much pride in being a hand’s on dad for my two boys, Justin and Matthew.”

“I love the outdoors and when I am not working you are likely to find me on the golf course or exploring prime fishing waters trying to land that elusive monster Trout or Yellow Fish.”

“I have fulfilled my childhood dream of becoming a pilot and now consider my job as my passion, the saying goes, if you love what you do, you’ll never have to work a day in your life.  That is how I live my every day to day life!”

My favourite quote:  “Fly as high as possible, no one has ever collided with the sky!”