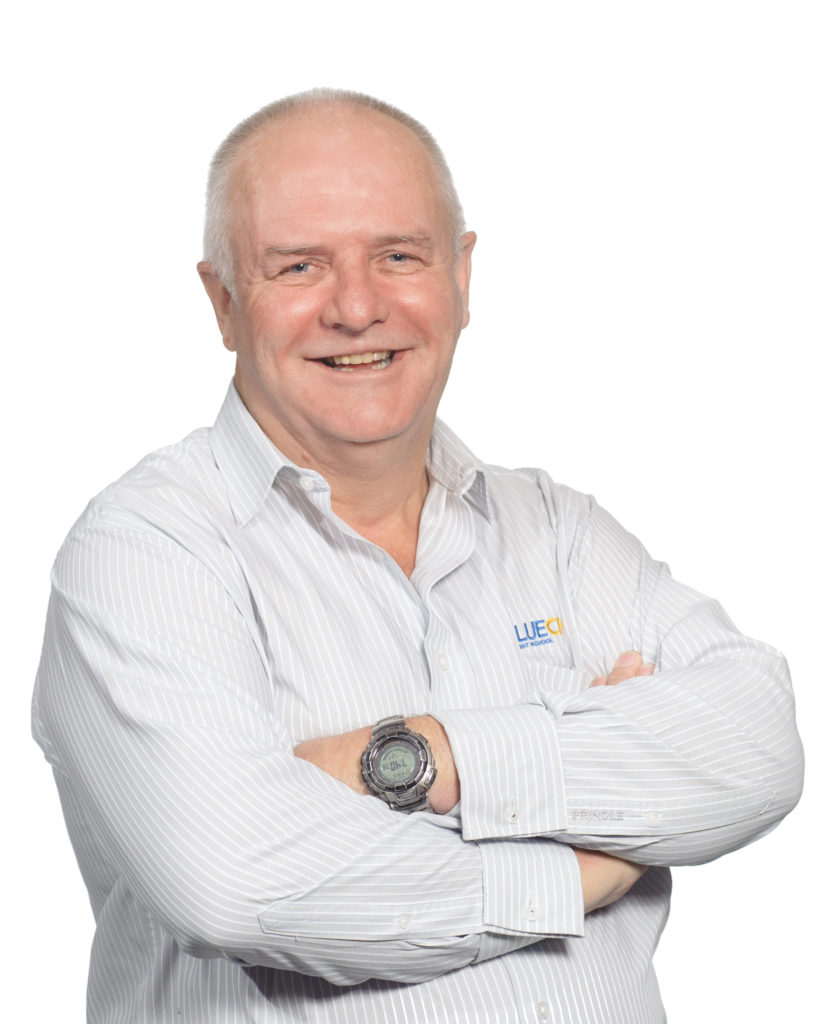 Erik was born as a South African citizen in 1962, grew up in Natal and moved to Pretoria in Gauteng during 1997. After completing matric in Newcastle in 1980, he ventured into the Hospitality industry starting training as a chef at the well-known five-star Carlton Hotel in Johannesburg.

His late father acquired a small 40-bedroom hotel in the CBD of Newcastle in the 1980’s and his business skills were passed on from his father for a period of approximately six years.

The hotel was a one star graded establishment and the authorities were in the process to withdraw the one-star status. We did a total revamp and upgraded the Hotel to four-star standards and applied and obtained a three-star grading. The hotel consisted of a 120-seater restaurant, 150-seater conference facility, three lounges and several pubs.

A second hotel at Ballengiegh was acquired a few years later and revamped on the same basis to a 4-star standard and obtained a 3-star grading as well. The hotel consisted of 36 bedrooms, a 40-seater restaurant, 150-seater conference facility, a lounge and several pubs. It was rebranded as Status Hotel Ballengeigh.

The business world with its challenges and opportunities intrigued Erik and he never looked back while focusing on different business ventures.

In 1995 he acquired the rights for King Pie in the Northern Natal region and he opened his first full manufacturing outlet in Newcastle. Several Bake Offs were opened in the area and performed very well receiving many awards.

He acquired shares in King Pie Holdings and moved to Pretoria in 1997 to become the Operations Director of King Pie Franchise Holdings Group and later promoted to the Managing Director.

King Pie Holdings was sold to a listed company and he became the Director Strategic Investments responsible for various companies employing in excess of 2000 employees. In 2005 he decided to exit the corporate environment and ventured back into his private businesses.

As a private pilot, owning an aircraft, with a passion for aviation, he acquired a small charter company and re branded it as FlyJetstream Aviation in 2005. The company, specialising in chartering of passengers and cargo with core values and solid service delivery which soon resulted in it becoming one of the leading charter companies based at Wonderboom Airport. His son, Henk Kraaij joined the company to ensure the infrastructure and management team delivered to its core values and exceed the client expectations. Flyjetstream now boast a superb fleet of aircraft with approximately 20 aircraft on its charter license. Erik remains a major shareholder and is involved actively in the running of the business.

“After 12 years the team and I are proud to remain the preferred charter service provider to many of our clients since inception. The delivery of a promise is non-negotiable in our business culture.”

During 2007 we acquired Blue Chip Flight School, a pilot training facility specializing in training commercial pilots. Blue Chip was a small flight school at the time and existed for many years, being established in 1996, it is the oldest flight school on the airport. I saw the opportunity to establish a world class Pilot training facility at Wonderboom Airport. The Airport has full facilities such as fire services, manned tower, cross runways and excellent all year weather.

A three-year marketing plan combined with the restructuring and implementation of systems with world class instructors, has ensured that Blue Chip is now also one of the largest pilot training facilities in Africa. The school is based at Wonderboom airport and currently have more than 15 full time training aircraft and instructors. The company also has its own state of the art simulator, the best at Wonderboom Airport, providing our student’s access to advanced training and skills that one cannot learn during a flight.

“I was exposed to a corporate world from a very young age by my father who was my mentor and my hero, he was a man of strong character, he did not do anything meekly, I am the person I am today because of his influence in my life.”

“I believe that one should have an unwavering commitment always to do the right thing by our clients, our personnel, our families and our communities; I understand the importance of putting people first.”

Erik have been married to Linda since his early twenties and they have three children, Henk, Chrisna and Erik junior.  “Linda has put up with me very lovingly for the last 34 years, we have 2 granddaughters and we just love to spoil them.”

“I have a well-deserved reputation for being the gadget King in the family, my latest ad on is an iPhone watch.”

“When I am not behind the desk, you are likely to find me on the golf course, or exploring Africa on my BMW GS1200 motorbike with my son Henk and close friends.”

My most favourite quote:  “We have two ears and one mouth and we should use them proportionally.” By Susan Caine