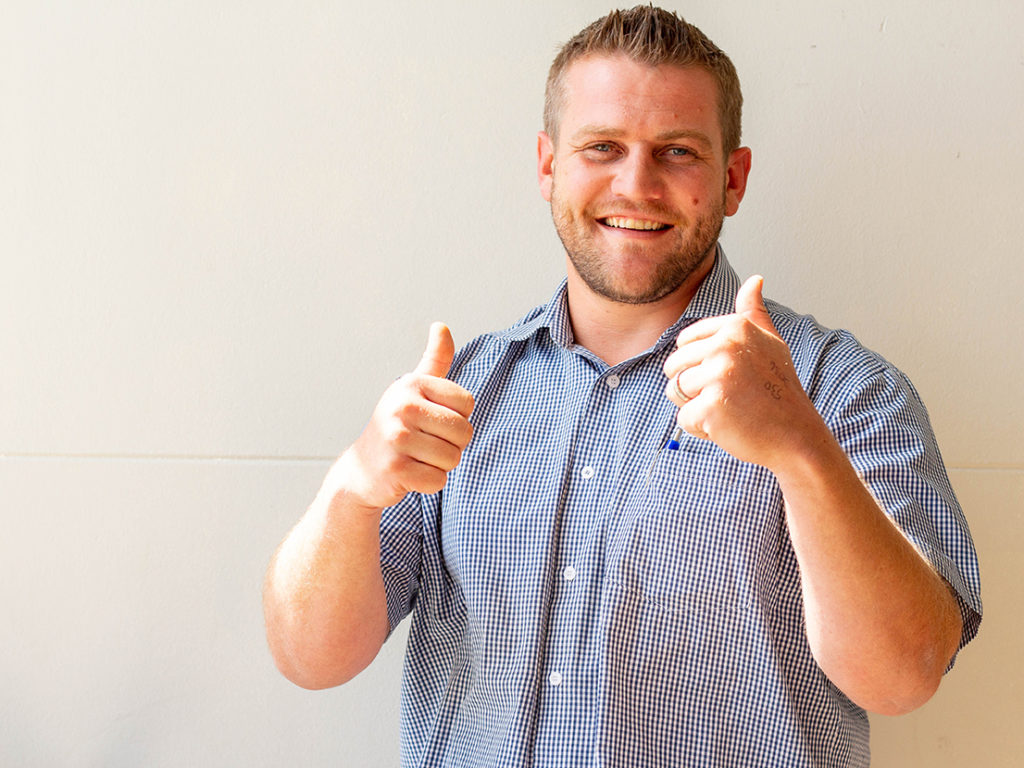 Henk was born and bred in Pretoria, he attended Menlo Park Primary School, where he became the head boy in grade 7.  In his Matric year in 2005 he was elected as the deputy head boy of Menlo Park High School. During his schooling years he was actively involved in various sport and culture activities of the school.

At a very young age he was introduced to aviation, in 2003 he joined the Sky Riders Flight School and before he even had a driver’s license he obtained his Microlight Pilot’s License at the age of 17.

In 2006 he completed his microlight instructor’s license and commenced giving microlight lessons daily from early morning until his classes at university started around nine every morning. During this time, he also bought his first microlight. He enrolled with the University of Pretoria on completion of his matric year and studied to finally obtain his degree in Financial Management in 2008. Whilst in his first year at the university and giving instruction on Microlights, he enrolled as a student pilot at Blue Chip Flight School to obtain his Private Pilot’s License. He managed to complete this in less than three months while working and studying.

On completion of his degree at the end of 2009, he decided to join Flyjetstream Aviation a charter company based at Wonderboom Airport. He started at the bottom and managed the fleet of aircraft, to ensure that the documentation was in order, scheduled aircraft services, towing aircraft, loading cargo and dispatch aircraft on time. “I am a hands-on person and make sure I understand all facets of the business.”

He is responsible for legislative compliance, Safety, Quality management, and regularly attends various relative courses to gain first-hand knowledge on developments in the industry.

Henk acquired shares and became a director of the company and took on the responsibilities of managing the operations and financial aspects. Dedication and hard long hours paid off as the company became bigger and grew to one of the largest charter companies at Wonderboom Airport.

Excellent service by providing accurate quotes within the shortest possible time, and on time delivery is a passion, he believes that the first contact with clients leaves the long-term impression. Safety is a non-negotiable aspect of the business and we have a zero tolerance for non-compliance to safety. These attributes ensured long term relationships between ourselves our suppliers and aircraft owners.

When the opportunity presented itself to secure shares in Blue Chip Flight School, he grasped at the opportunity and became a director and shareholder. He still maintains his responsibilities in FlyJetstream but took full responsibility at Blue Chip Flight School maximising on the experience and knowledge he obtained over the years at FlyJetstream.

“My passion is to grow the school to be one of the most sought-after aviation training schools, where safety will never be compromised. I am a team player and work closely with the Exco team to ensure that every team member focus on their particular area.  I believe in systems and have used my skills obtained from the University and FlyJetstream to implement a fully automated management system to ensure the maximum utilisation of the employees and aircraft.”

He introduced a new state of the art South African Civil Association (SACAA) approved simulator where the students can log their hours towards their licenses and even do renewals. The simulator has a 210-degree screen which is 3 meters tall and provides a realistic simulation of flights. Students can hone their skills and practice emergencies in the safe environment of the simulator.  We believe it is imperative in having the right equipment to train the students at the school.

“I believe in commitment towards our clients to the highest quality, professionalism and ethical standards in everything we do, and a deep intellectual honesty to tell it like it is in direct straight forward language and to deliver what we promise.”

Henk is married to Chaska and they have been blessed with two beautiful daughters Elri and Elé which they adore.

“I am a keen carpenter and welder and enjoy DIY projects in and around the house.”

“I am not a good spectator in sport or in life and prefer to get involved, roll up my sleeves and be part of the action, whether it is playing golf, or driving my BMW GS 1200 bike in remote areas of Africa, I work hard but also make time for family and friends, I enjoy what I do and don’t take myself too seriously, I laugh a lot and most often at myself.”

My most favourite quote:  “Do it right the first time!”